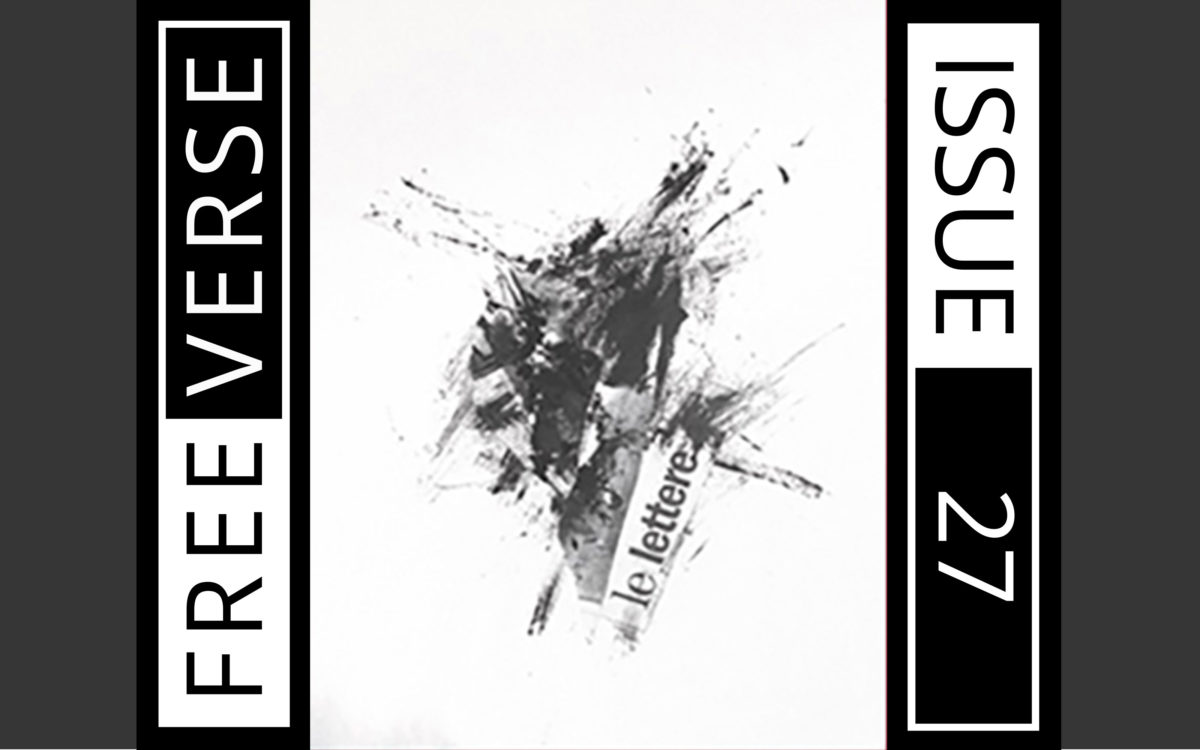 Francesco Aprile (Lecce, Italy) is a freelance journalist, poet and visual-poet, essayist. In 2010 he became member of the literary movement called New Page-Narrativa in store, that has founded in 2009 by Francesco Saverio Dòdaro and for which he published 37 brief novels, 10 poetry and two theoretical texts – in store; he worked as a press agent, secretary, editing exhibition and critical works of the authors belonging to this movement. Since march 2013 the cure of this movement has been at two voices: F. S. Dòdaro – F. Aprile. In April 2011 he founded the group of artistic research Contrabbando Poetico, subscribing the first manifesto. He is the co-founder of Unconventional Press (2012, with Cristiano Caggiula) and the magazine of experimental languages www.utsanga.it (2014, with Cristiano Caggiula). He is the author of code poetry/poetic algorithm (since 2010), asemic cinema/asemic film (since february 2016), visual poetries, asemic writing, glitch and literary glitch, asemic-glitch writing, theory about informatic-poiesis and informatic punctuation, theory about latency in literature (Exegesis of a renunciation and so on). His works and books of visual-poetries are archived in libraries, centers of documentation, italians and strangers, like the Poetry Library (London), Tate Library (London), MACBA-Center of documentation (Barcelona), the Akademie der Künste (Berlin), ArtPool Art Research Center(Budapest), Poetry Collection (University at Buffalo) and private collections like the Imago Mundi-Visual Poetry in Europe (Fondazione Benetton-Fondazione Sarenco). His research is documented on An Anthology of Asemic Handwriting (edited by Tim Gaze and Micheal Jacobson for Uitgeverij Ed. in 2013), and international journals. Last publications: “Entropia del fuoco” (Eureka Edizioni, 2016, with text by Cristiano Caggiula), “Dietro le stagioni” (iQdB Ed., 2015, with text by Cristiano Caggiula), “Exegesis of a renunciation” (Uitgeverij, 2014, with texts by Bartolomé Ferrando and Cristiano Caggiula).